HomeLifestyleDone with all your summer reading? Here are September's top-selling books
Lifestyle

Done with all your summer reading? Here are September’s top-selling books 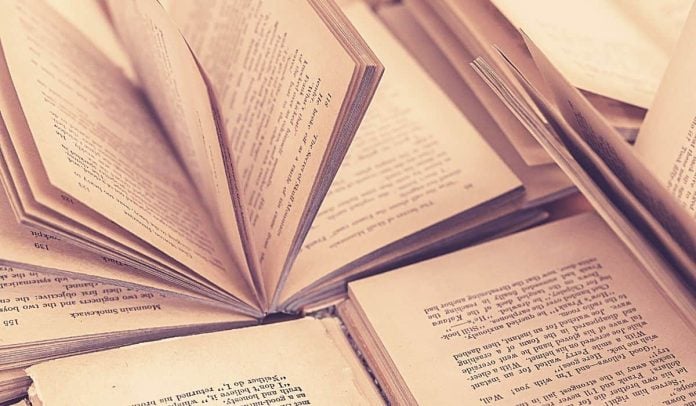 4. “Carrie Soto Is Back” by Taylor Jenkins Reid (Ballantine)

7. “Hell and Back” by Craig Johnson (Viking)

12. “The Challenge” by Danielle Steel (Delacorte)

2. “The Return of the Gods” by Jonathan Cahn (Frontline)

5. “Dinner in One” by Melissa Clark (Clarkson Potter)

7. “The Return” by Dick Morris (Humanix)

10. “The Resurrected Jesus” by Limbaugh/Bloom (Regnery)

11. “You’re the Leader, Now What?” by Richard Winters (Mayo Clinic)

13. “Atlas of the Heart” by Brene Brown (Random House)

14. “Battle for the American Mind” by Pete Hegseth (Broadside)

15. “The Psychology of Totalitarianism” by Mattias Desmet (Chelsea Green)

7. “Sons of Thunder” by Johnstone/Johnstone (Pinnacle)

9. “Vince Flynn: Enemy at the Gates” by Kyle Mills (Pocket)

12. “To the River’s End” by Johnstone/Johnstone (Pinnacle)

Disclosure: Some of the links in stories on this website are affiliate links. This means that, at zero cost to you, I will earn an affiliate commission if you click through the link and finalize a purchase.
Share
Facebook
Twitter
Pinterest
WhatsApp
Previous article
Don’t let ankle sprains ruin your fall outdoor fun
Next article
Survey finds older Americans regret not caring for their teeth more in youth, but 80% still aren’t doing so
RELATED ARTICLES
Lifestyle