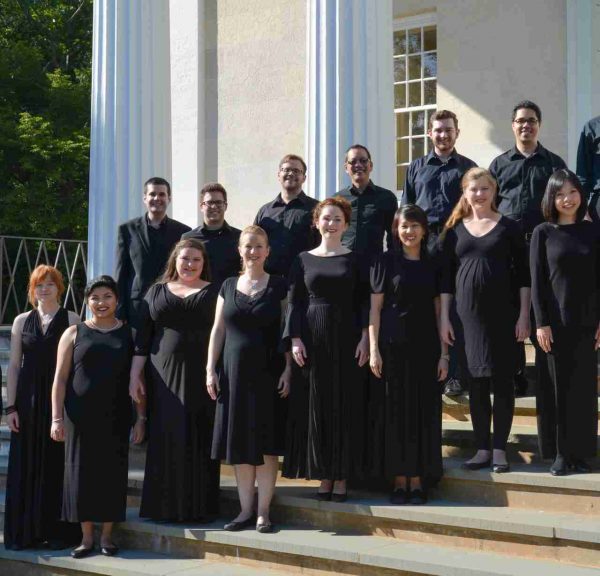 Princeton, NJ—Chamber and Baroque music lovers have the opportunity to enjoy multiple weekday concerts during the Princeton Symphony Orchestra (PSO)’s all-new Princeton Festival June 10-25. National radio personality Rob Kapilow makes an appearance, and performing ensembles including Germany’s Signum Quartet, the Sebastians, the Festival Chorus, and the unique trio Time For Three perform under the enormous performance tent on the grounds of Morven Museum & Garden or across the way at Trinity Episcopal Church. All performances take place at 7pm.

Leading off the chamber music events is a cycle of Franz Schubert’s late string quartets. What Makes it Great? host Rob Kapilow explores “Death and the Maiden,” a pillar of the chamber repertoire, on Monday, June 13 with a performance of the work by the Signum Quartet. Through his concert presentations, commentaries on NPR’s “Performance Today,” and CD series, Kapilow takes listeners inside the music, deconstructing and recomposing key passages to demonstrate why a piece is so extraordinary. The event is presented in partnership with WWFM, the Classical Network, which will livestream the event. Signum continues the quartet cycle with performances of the “Rosamunde” and monumental String Quartet in G Major on Tuesday, June 14. These events are at Morven Museum & Garden.

Time For Three performs on Tuesday, June 21, under the 10,000 square-foot performance tent at Morven. Members Ranaan Meyer, double bass, Nick Kendall, violin, and Charles Yang, violin defy conventional boundaries, fusing their instruments with their voices and standing at the busy intersection of Americana, modern pop, and classical music. Their set list includes works ranging from Chaconne in Winter, after Bach, to Amazing Grace and “Stand By Me” by Ben E. King, Jerry Leiber, and Mike Stoller.

Jacqueline Horner-Kwiatek, a master of vocal pedagogy, discusses the challenges, and rewards, of singing Bach and Handel’s music at talks held at 6pm on Thursday, June 16 and Thursday, June 23, respectively, at Trinity Church’s Pierce-Bishop Hall. For more information, visit princetonsymphony.org/festival/community-programs.

Health and Safety: The Princeton Symphony Orchestra is closely monitoring and adhering to the New Jersey Department of Health’s COVID-19 Requirements. Concert attendees will receive information regarding safety procedures, entry, seating directions, etc. in advance of their selected live performance(s).

Accessibility: The Princeton Symphony Orchestra is committed to ensuring all programming is accessible for everyone, working with venues to provide needed services. Contact ADA Coordinator Kitanya Khateri for questions about available services at kkhateri@princetonsymphony.org or 609 497-0020. Note: some services require at least two weeks’ notice to arrange.

Founded in 2004, the Princeton Festival has established a strong profile as a multi-faceted, summer performing arts festival attracting people from throughout the Mid-Atlantic region and beyond. The Festival has a reputation for artistic excellence, for growing the number and variety of its offerings, and for serving an audience of up to 8,000. The Festival promotes life-long learning in the arts, from children to seniors, through performance opportunities for children and young people in the piano competition and opportunities for young emerging professionals to perform principal and supporting roles. The Festival has long-standing partnerships with public libraries and local churches to offer its series of free educational lectures to a wide and diverse community.

ABOUT THE PRINCETON SYMPHONY ORCHESTRA

The Princeton Symphony Orchestra (PSO) is a cultural centerpiece of the Princeton community and one of New Jersey’s finest music organizations, a position established through performances of beloved masterworks, innovative music by living composers, and an extensive network of educational programs offered to area students free of charge. Led by Edward T. Cone Music Director Rossen Milanov, the PSO presents orchestral, pops, and chamber music programs of the highest artistic quality, supported by lectures and related events that supplement the concert experience. Its flagship summer program The Princeton Festival brings an array of performing arts and artists to Princeton during multiple weeks in June. Through PSO BRAVO!, the orchestra produces wide-reaching and impactful education programs in partnership with local schools and arts organizations that culminate in students attending a live orchestral performance. The PSO receives considerable support from the Princeton community and the New Jersey State Council on the Arts, regularly garnering NJSCA’s highest honor. Recognition of engaging residencies and concerts has come from the National Endowment for the Arts, and the PSO’s commitment to new music has been acknowledged with an ASCAP Award for Adventurous Programming and a Copland Fund Award. The only independent, professional orchestra to make its home in Princeton, the PSO performs at historic Richardson Auditorium on the campus of Princeton University.

Disclosure: Some of the links in stories on this website are affiliate links. This means that, at zero cost to you, I will earn an affiliate commission if you click through the link and finalize a purchase.
Share
Facebook
Twitter
Pinterest
WhatsApp
Previous article
P.F. Chang’s reopens Atlantic City, New Jersey, location as new flagship restaurant
Next article
Your Ultimate Guide to Grilling Fish & Enjoying Seafood This Summer
RELATED ARTICLES
Local News