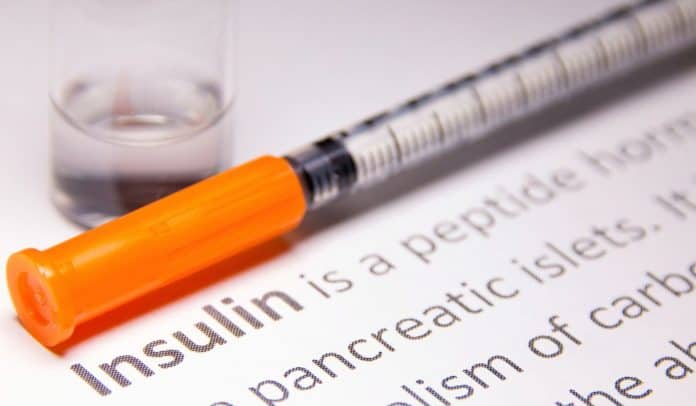 A big cut in prescription drug prices for some Medicare beneficiaries kicks in next year, but finding those savings isn’t easy.

Congress approved in August a $35 cap on what seniors will pay for insulin as part of the Inflation Reduction Act, along with free vaccines and other Medicare improvements. But the change came too late to add to the Medicare plan finder, the online tool that helps beneficiaries sort through dozens of drug and medical plans for the best bargain.

To fix anticipated enrollment mistakes, Medicare officials will give beneficiaries who use insulin a chance to switch plans next year. They can make one change after Dec. 8 and throughout 2023 through a special enrollment period for “exceptional circumstances.” Typically, people are locked in for an entire year.

The Centers for Medicare & Medicaid Services provided initial details of the opportunity in a document distributed to the State Health Insurance Assistance Program, or SHIP, which assists Medicare enrollees in every state. Although Medicare did not publicize the document, beneficiaries can get more information by contacting their local SHIP office. CMS officials would not answer questions about whether the ability to change plans will be granted automatically.

“We are pleased that CMS is offering the special enrollment period that will allow insulin users to change plans in 2023,” said Chris Reeg, director of the Ohio Senior Health Insurance Information Program.

In some cases, a special enrollment period can be avoided, said Janet Stellmon, director of the Montana State Health Insurance Assistance Program. If the plan charges more than a $35 copayment for a member’s insulin, a SHIP counselor can ask the plan to correct the mistake. “Plans usually try to make it right quickly,” said Stellmon, who helped one beneficiary save $565 a month on insulin.

Medicare patients spent $1 billion in 2020 on insulin products — four times the amount in 2007, with some paying as much as $116 a month out-of-pocket, KFF has found. Americans paid an average of five to 10 times as much for insulin in 2018 than in other countries, according to a recent study. About 3.3 million people with Medicare rely on one or more insulin products to control blood sugar levels.

The $35 copay for injectable insulin products takes effect Jan. 1, and July 1 for patients who use an insulin pump.

When beneficiaries who use insulin now check the plan finder, the price could show up as thousands of dollars a year instead of the maximum $420 stipulated by law. An inaccurate price could also distort the costs of other drugs, which depend on what coverage phase patients reach. For example, once both the plan and the patient spend a total of $4,660 for all drugs next year, the member pays no more than 25% of the cost for non-insulin drugs.

Medicare officials caution consumers about the problem. “This new $35 cap may not be reflected when you compare plans,” according to a warning that pops up during a plan finder search. “You should talk to someone for help comparing plans,” it says, pointing readers to the Medicare help line — 800-633-4227 — or a counselor with SHIP. It doesn’t mention the option of changing plans after the Dec. 7 enrollment deadline.

But both SHIP counselors and representatives answering the Medicare help line rely on the same flawed plan finder.

Georgia Gerdes at AgeOptions in Oak Park, Illinois, trains people across the state to assist Medicare beneficiaries. She said she searches for policies without adding insulin to a client’s medication list and separately searches plans that cover the type of insulin the client takes. Then she reviews those lists to see which ones on the insulin list are also on the list of non-insulin drugs and manually adds the $35 monthly insulin cost before making recommendations.

Medicare beneficiaries filled prescriptions for at least 114 kinds of insulin in 2020, and those who did not get low-income subsidies paid on average $572 out-of-pocket, according to the KFF study.

But drug plans do not have to cover all injectable insulins, said Tatiana Fassieux, an education and training specialist at California Health Advocates. “It’s all about the formulary,” she added, referring to the plans’ covered drugs.KHN (Kaiser Health News) is a national newsroom that produces in-depth journalism about health issues. Together with Policy Analysis and Polling, KHN is one of the three major operating programs at KFF (Kaiser Family Foundation). KFF is an endowed nonprofit organization providing information on health issues to the nation.

Disclosure: Some of the links in stories on this website are affiliate links. This means that, at zero cost to you, I will earn an affiliate commission if you click through the link and finalize a purchase.
Share
Facebook
Twitter
Pinterest
WhatsApp
Previous article
Best veal recipes for the holiday season
Next article
Residents urged to shop local for Small Business Saturday on Nov. 26
RELATED ARTICLES
Healthy Aging