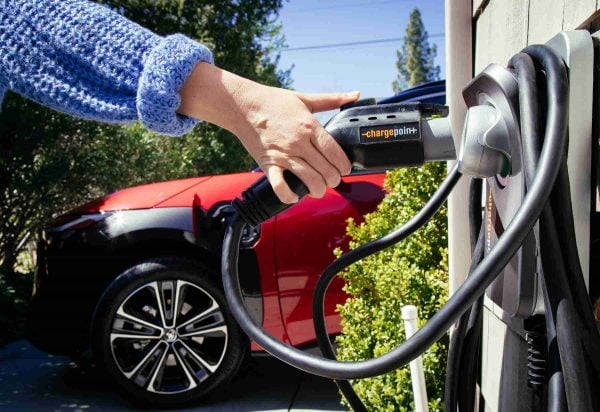 (StatePoint) Electric vehicles (EV) are becoming commonplace. By now, you’ve probably seen a Tesla, the Ford Mustang Mach E, Chevy Bolt or Nissan Leaf on the road at least once. Maybe you’ve even heard about newer models like the Rivian R1T pickup and the Toyota bZ4X crossover. And chargers? Yeah, you’ve probably seen them at highway rest stops or store parking lots. Now, you may be wondering if it’s time to go electric.

One big question you may have before trading in your gasoline-powered car is: how easy will it be to find a charger? The answer will be based on your individual circumstances, needs and driving habits. But here are three things to keep in mind.

No. 1: Most Charging is Done at Home.

This may be the biggest change new EV owners experience. Few, if any, have had a gasoline pump in their garage. But the vast majority of EV owners will install an electric charger for convenience and economy. It’s one of the great opportunities of EV ownership, as well as a stumbling block.

Installation is a major up-front expense, averaging around $1,200, according to some national surveys. But your true cost could be between $500 and $2,000, depending on hardware, permits, electrician fees and needed electrical upgrades. However, you’ll be saving on energy costs. A good rule of thumb is you’ll be spending about half as much on electricity versus what you spend on gas now. A typical driver would save enough to cover the installation in two to three years.

More carmakers are working home-charging solutions into EV purchases. For example, Toyota recently announced it’s partnered with ChargePoint to allow purchase of its home charger at the dealership, and line-up of a qualified electrician through Qmerit.

No. 2: Charging Stations Are Not Gas Stations.

Charging time is also important to consider. Today’s public chargers might take 30 minutes or more to charge enough electricity for you to resume your trip, compared to the five minutes or less at the gas station. While charging, vehicle owners will want something to do. That’s why charging stations built around shopping or dining destinations, like malls and town centers, may become more common. You’ll be able to take a break, eat or shop while your EV charges.

No. 3: There’s a National Network of Chargers, and More Are on the Way.

According to the Department of Energy, there are currently more than 45,000 fast-charging stations nationwide, with multiple overlapping national networks under development, mostly funded by private companies. Tesla has by far the largest network with more than 1,200 U.S. charging stations (up from about 100 in 2014). Electrify America, a subsidiary of Volkswagen, is aggressively building out its network, with 673 stations operating now and 136 in the planning stage. The best way to find a nearby charger or plan a long-distance road trip is with an app like PlugShare, which calculates distance to stations and tells you if individual chargers are currently in use.

To help bolster EV owner confidence, the $1.2 trillion infrastructure package passed by Congress in November includes $7.5 billion to accelerate building the charging network. It focuses on building along highway corridors to ease long-distance travel. President Joe Biden has announced a goal of building 500,000 chargers to accelerate the transition.

Disclosure: Some of the links in stories on this website are affiliate links. This means that, at zero cost to you, I will earn an affiliate commission if you click through the link and finalize a purchase.
Share
Facebook
Twitter
Pinterest
WhatsApp
Previous article
How to Get Rid of Medical Debt — Or Avoid It in the First Place
Next article
Sight & Sound announces launch of feature films
RELATED ARTICLES
Lifestyle